Eating and Drinking through the Corona Virus (pt. 2)

Well, days 5-8 have gone by without much fanfare.  Curt is sleeping way more than I am.  I'm not sure HOW he sleeps all night and all day.  But our symptoms are still very similar.

Day 5:  I spent an hour or so talking with my cousin in Montana.  He's on about day 20.  He is now out of the hospital and describes horrible symptoms still.  It was quite a reality check for us.  We are so lucky.

Day 6:    We had enough energy to make moose burgers for dinner on the grill. Yeah! The kids called and said they arrived!  :-)  I cried extra tears when (spoiler alert) Barbara died on "Call the Midwife." 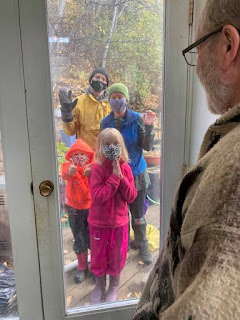 Day 7:   I woke up with blurry eyes---like a film of allergy puss over the top of my eyeballs.  It makes my eyes want to close.  I'm using a lot of eye drops.   One highlight today.  The kids.

Day 8:  the State Office of Public Health called.  It was very interesting.  She had to ask us all sorts of questions, like:  are you deceased? and how many bathrooms in your house?  She asked us the names of people we saw, but didn't ask for their phone numbers, only if they had symptoms.  We had to go through day by day and explain what we did.  I think she was trying to get something out of us, it just sounded too boring.  We got up, we slept in front of the TV, we drank, we ate, we went to bed.  Not much you can embellish on....  Then just when we thought we were done, she wanted to know what we did 10 days BEFORE we were sick.  Worked at home, put shelves up in the new shed, fed the worms, harvested tomatoes....I finally just said, "we don't do much or go anywhere."  So that was that.  She told us to call Curt's dad and Pat every day to make sure they're okay, since we stayed with them.  And that was it.  Is that what contact tracing is?

Good news:  Curt's brother's test came back negative.   We got homemade chicken soup from the kids for dinner---yum.  Curt made biscuits from scratch with gluten.  I ate chips.

Day 8:  Today I feel like I have no more excuses to just sit around and pretend to be sick.  We are both feeling a lot better.

Okay....more updates.  The lingering effects of the virus are TIREDNESS.   We get up, drink coffee and go back to sleep until 10:30 or so every morning.  Then we do a few things and then take afternoon naps.  AND we still sleep through the night!  It's like a sleeping sickness with stiff muscles.

We started eating a lot of peanut butter and jelly sandwiches.  It seems like we didn't have the motivation to eat well any more, even though our symptoms were better.  Maybe the peanut butter sandwiches were dehydrating because a couple days we slept off bad headaches.  We are just plain sick of being sickly!

In other news, Curt's brother got another test and it came back positive.  Apparently he had a false negative, but luckily he stayed home because he thought, like us, he had a bad cold.  So he has to start his 10 days from when he had a positive test, not when he had the symptoms.  Poor guy.  Curt's sister, who is 65, is still coughing and coughing.  She had it worse than we did, but didn't have to go to the hospital.

We started walking.  My leg muscles just hurt when I'm walking---crazy.  Curt's lungs hurt and he's winded.  I might be winded if I walked more than a little ways without resting my legs!  Yesterday we watched the news and then THREE movies.  We need some more energy somehow.  Jeanie brought us some scallop soup last night.  That was really good.

Curt went back to work this morning upstairs in his office, but came down a little bit ago and said he took a nap already.  Oh dear.  This is a lingering disease.

We DID get permission to go to the dentist or the store or where ever we want to, so I guess we are officially well. 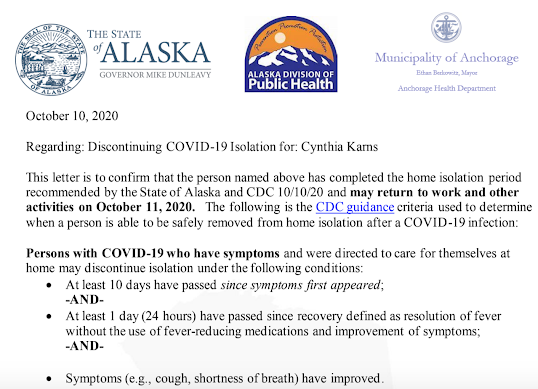 "The Masters Real Estate" is official sales partner of Lahore Smart City and 1st Smart City which is Capital Smart City . We are one of the most enticing options on the planet of real estate. Our prestigious forum provides the potential solution of all your ambiguities regarding the purchasing of shops, lands, and houses.

We have engaged our teams in various cities of Pakistan as well as the online world to make our services accessible. The provision of reasonable price real estate properties by our company is attracting the residents and the foreigners. We have intended to provide luxurious construction projects and houses at affordable prices to our nation. One more socity launch soon which is Faisalabad Smart City .