Eating and drinking through the Corona Virus

So I've always been an early adopter.  Before I really knew how bad the Corona Virus could be, I was saying I want to get it first so that there's a ventilator for me when I need it.  I stopped saying that about June when reports started coming in about how bad it really was.

I was so good at staying home.  So good at distancing.  Pretty good about always wearing my mask and protecting my bubble.  But then there's family.  We have one relative who has certain beliefs:  it's all part of God's plan, she'd say.  She continued to hug everyone and not wear a mask unless she was required to.  We were pretty good at keeping that relative at a distance until finally we caved.  She had just moved into a new house and she begged us to come and visit her so we could see it.

When we got out of the car, and she was waving wildly at us from the porch, obviously so excited that we made it. I asked Curt, "Mask or no mask?"  We paused, looked back at her and got out of the car without our masks.  In reality, they say it wouldn't have mattered since she wasn't wearing a mask either.

A couple days later, I felt blah....I laid down on the coach and declared it was make your own dinner night because I didn't feel like eating.  Curt broke out the brats from Indian Valley Meats.  The next day it was clear that both Curt and I were taking a cold.  I blamed the day I sat out by the river with only a small sweater on.  Curt blamed the time he spent with a friend who had a bad cold.  But we both took naps and ate comfort food:  macaroni and cheese, more brats.  We commenced our usual routines when have we start catching cold:  nasal washes, lots of fluid, naps, vitamins, etc.

Thursday -Day 2 of symptoms, 5 days after contact:   We had an appointment for the car to get fixed and needed to drive into Anchorage to drop it off before 10am.  We did that.  Both of us were achy.  We made peanut butter and jelly sandwiches and lay on the couch watching news.  Curt did some work, but we both snoozed a lot and drank fluids. We both coughed, but usually that's what we both do with a cold.  Close to 6 pm our relative called.  She had tested positive for Covid.  Suddenly things changed. Of course she was very apologetic and wondered how it could have happened to her, but we thanked her for telling us and jumped into action.

It was exactly three days before our grandchildren and their parents arrived at the airport.  We decided to get in the car, and drop off a car at the airport for them to drive when they arrived.  We sprayed it all down and left the key in a secret place for them to find.  We called the car repair shop and told them we had been exposed to Covid and may or may not have it, but could we pick up our car anyway?  They said they'd bring our keys out to us, so we wouldn't have to come in the shop.  The sales guy stretched his gloved hand out as far as he could with the envelope containing the keys.  We thanked him through the crack in the window and from behind our masks, but he wasn't happy. 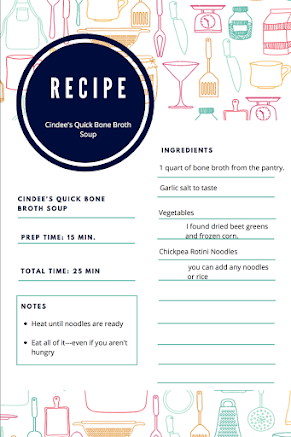 Next we googled where we could get a covid test at 7pm in Anchorage.  Luckily we found a place and the nurse came right out to the car with her hazmat suit on and asked us to blow our noses so she could dab in and around our nostrils.  It wasn't uncomfortable at all---and that was the part I was fearing the most.  I never even gagged!

We drove home thinking it was going to be a long week to wait to find out if we had it---which is what they told us.  We opted for caribou bone broth for dinner---now that we were possibly seriously sick, we decided a healthier diet would be a good idea.

Friday. Day 3 of symptoms, 6 days after contact.  The next morning we weren't feeling any worse and actually we were feeling a little better.  We both believed we couldn't have the covid.  We were certain we had bad colds.  BUT, it was time to break out the fire cider.  Luckily I made it this summer in anticipation of covid coming to my house.

Recipe:  https://www.eatingbirdfood.com/how-to-make-fire-cider/   Note:  I am absolutely certain that the best part of this is the 1 T. of Alaskan honey I add to each cup.  Honey is naturally antibiotic. 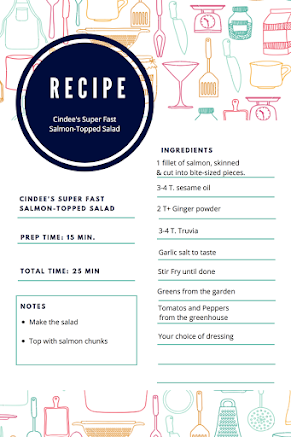 I must have had 6 cups or so that day.  We both took Zycam every 4 hours as well.

Although we weren't really hungry, we knew eating well would help.  So we took out a red salmon fillet for dinner.  Curt skinned it, I stir fried it and we put it on top of our homemade salad.

It was almost 7pm when they called.  Yes, you guessed it.  We were both positive for the Corona Virus.  Sigh. We still didn't feel worse than had we had a bad cold.  In fact, I was feeling a lot better.  My cough was all but gone.  I still had a stuffy head, but kept using the netty pot.

It's still really unbelievable that we have THE COVID.  My brother and I had been joking about it during the summer any time anyone sneezed.  "Ha, you've got the covid.  Better watch out!"   So now it was our turn to call everyone and tell them.  The worst part was that we had stayed at Curt's dad's house.  Ray just turned 88 and just got married a couple weeks ago to his bride, Pat, 82 years old.  (So far they don't have symptoms, so we can only assume we weren't contagious until after we left their house--thank God). 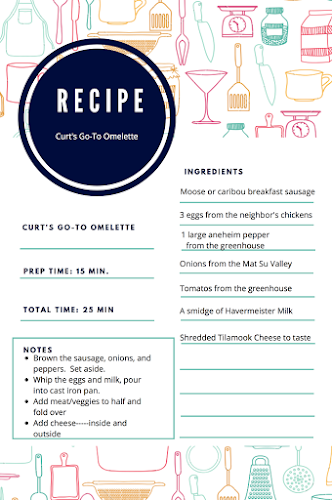 We felt pretty good.  Nobody we called on the phone could really tell we even had colds.  Curt has a cough, but he always has a cough---he has dry eye syndrome.  So....no one we called was really concerned----except our grandchildren. They will now have to wave at us through the window until we are done with this thing.

Curt made us a nice breakfast of omelettes.

But by now we were getting a little stir crazy. This was a Saturday and we were supposed to be outside working on getting things cleaned up for winter.  We thought about it, but decided we'd better continue to rest.  What if we had a relapse, or something?

I got up after finishing another season of Call the Midwife and made some zucchini bread.

I decided to make some yarrow/nettle tea to go with it.  It's oh so good for you! Note:  I was tired after making zucchini bread and had to watch another episode of Call the Midwife while I waited for it to come out of the oven. 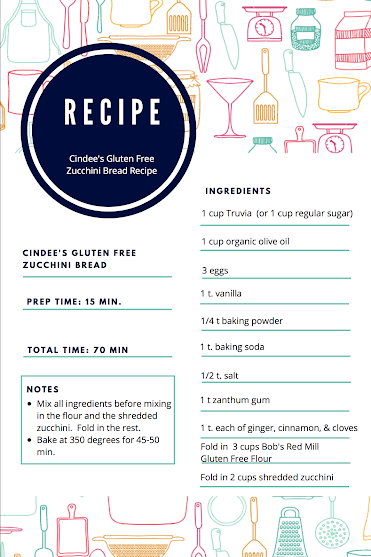 We needed some things from the store, so I got online and placed an order.

When we got a text saying our groceries were ready for pickup, we were both anxious to go for a drive and get out of the house.  We pulled up in the parking slot, called the number and told them to just open the hatch and put in the groceries because we were positive for covid.  Alarms went off.  The kid said, "We've never done this before."  I said I was sure they had, we were just polite enough to tell them we had covid.  He called his manager.

After much consternation, the manager explained that we couldn't order Night Time NyQuil because they had to see our driver's licenses and get signatures.  So we asked for them to substitute Night Time AlkaSelzer Plus.  That was acceptable.  Finally the manager got back on the phone and proclaimed he gave us a refund for the NyQuil, but he couldn't figure out how to charge us for the AlkaSeltzer Plus, so he paid for it himself.  And then he said, "God, bless you,"  like it might be the last time we ever see the light of day.  We tried not to laugh when we saw the young boy coming out with our groceries.  I think he borrowed clothes from the butcher.  He had  every inch of his body covered.  He set the bags down on the ground in front of our car and backed away and then turned quickly and rushed back into the store.  Curt got out and collected the bags and put them into the back of the car.  And then our adventure was over and all that was left was to go back home.

For dinner that night I wasn't hungry.  I'm sure it was the zucchini bread, it felt like a lump just solidifying in my stomach.  I decided to have blueberries and yogurt (about a cup of each).  That was perfect.  Those probiotics went right to work and I was feeling much better.  Poor Curt...all he could find was a frozen veggie burger in the freezer.  He announced that it wasn't anything like the veggie burger at Red Robin.  Oh well.

Sunday, Day 5 of symptoms, 8 days after contact.    It's 3:05 and I'm still in my pajamas.  We watched all the news shows and I washed the dishes and did some laundry.  Now what?  There is some controversy about how soon we can leave the house again.  One of the factors is temperature.  I spent quite some time looking for a thermometer in the house.  I don't think we have one.  We need to be without a temperature for 3 days in a row.  I think we've probably done that already, but we don't know for sure.

Today I'm drinking Yarrow/Nettle tea with a tablespoon of honey.  Nice stuff!  I still have a stuffy head.  Nothing new to report.

I'll keep updating as we go along.  I wonder what's for dinner today?

Hi Cindee. I found your coronavirus story very interesting and I wish you and Curt the speediest of recoveries. Your story is also a warning to its not to let our guards down. If I lived in Anchorage, I’d offer to do your shopping for you- that part of your story is pretty wild.

Thanks for writing, Cindee! Know that I will be following your reports and envision the rest of this adventure being just as mild/doable as you are describing now (for both of you!) Virtual hug and To Your Health, ML

Hello Cinddee! This is Beth, from yonder Facebook. If you are looking for another bingeable show to keep you from being busy, trying Tales from Green Valley on Youtube, or the follow along Victorian Farm (There is more in the series, but those two I love the best!)