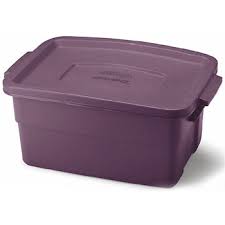 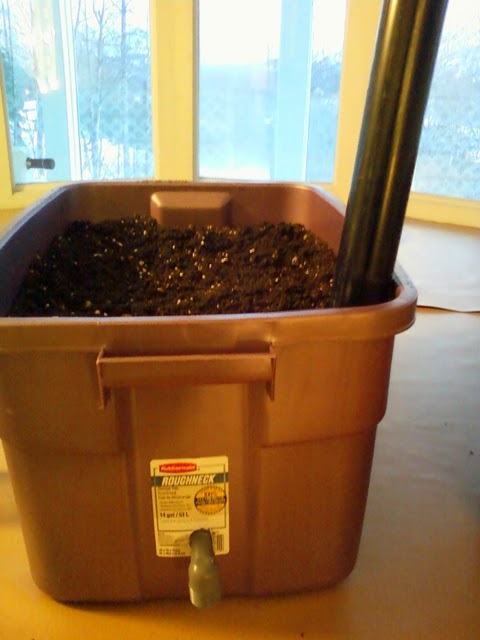 Last summer I had great success with greenbeans in the greenhouse, which were planted in my homemade, self-watering Earth Boxes and I only had to water them twice a month.

This is how I did it.  I had a 14 gallon tub left over from some storage that I got rid of.  I decided to use it.  It's always better to find something to use rather than to buy something new.

Next, I cut the lid at the top ridge, leaving an edge. That piece would eventually fit into the bottom of the tub.   I used my husband's moose knife and it worked well. 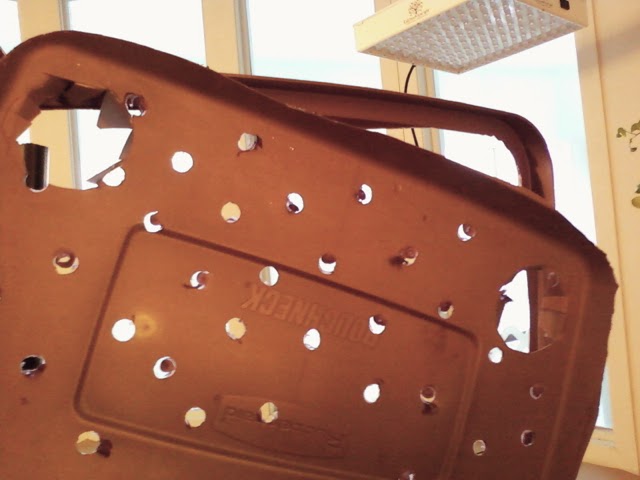 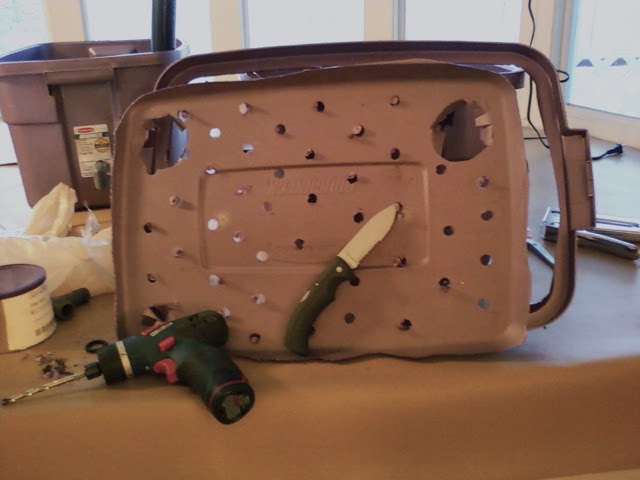 Next, I drilled 3/4" holes all over the piece of lid for drainage.  So you can also water the plants from above if you want to.

Then I made a place for the wick, so that water could be wicked up into the dirt from below.  I used two plastic cups.  I placed a cup in each corner and traced the bottom of the cup, flipped the cup and then traced the top of the cup as well.  I cut between the two lines so that the cup would stand up approximately half way above the lid.  I drilled a hole in the middle and then sliced tabs from the center hole to the edge of the circle and bent the tabs down.

Before I place the cups in the holes, I used a soldering iron to melt holes in the cup about every inch around the cup.  You could use a drill or maybe a knife.  Whatever works best for you. 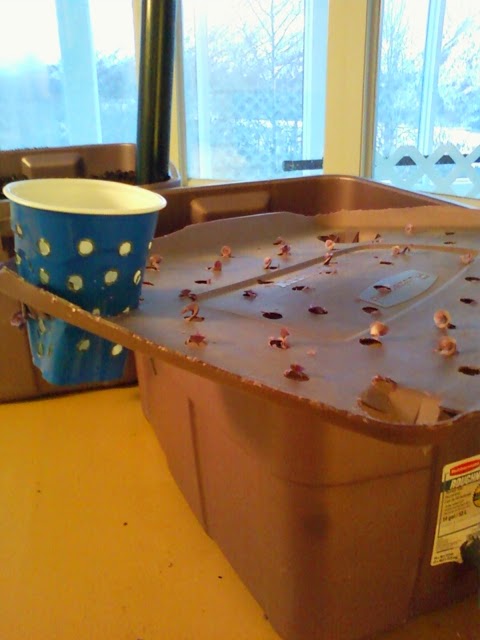 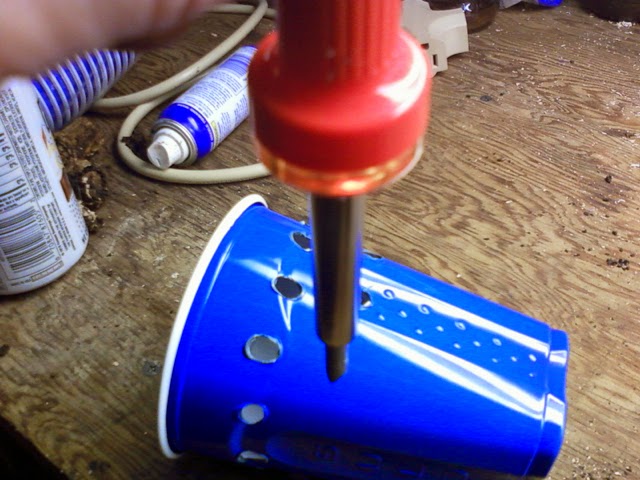 The idea is that when you place soil inside the cup, the water that sits in the bottom of the tub will get wicked into the soil and from there the soil in the tub wicks the water from the cup keeping the entire tub of soil moist all of the time. 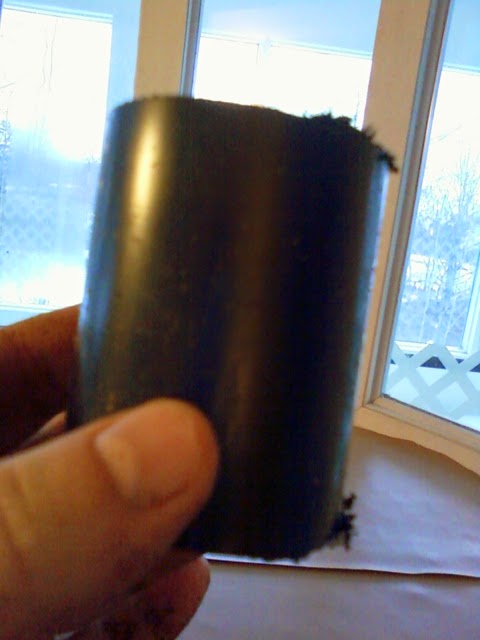 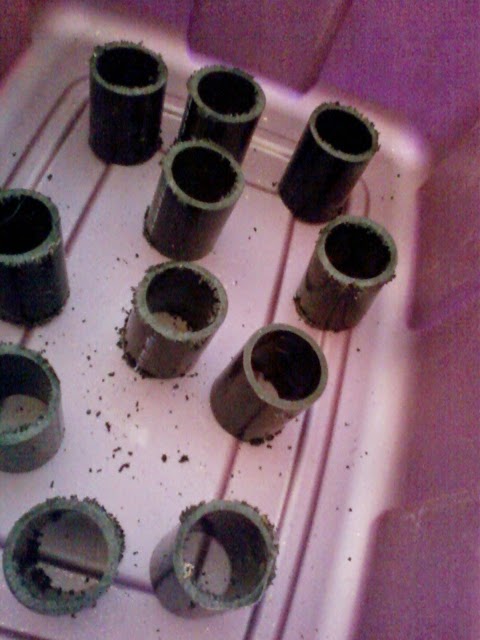 In order for the lid to rest above the water reservoir with all the soil in it, I needed to have something sturdy to hold it up.  I used PVC pipe.  I used the hack saw to cut several 2 1/2" pieces of pipe.

Then I placed the lid and the wicks down into the tub on top of the short pvc pipes. 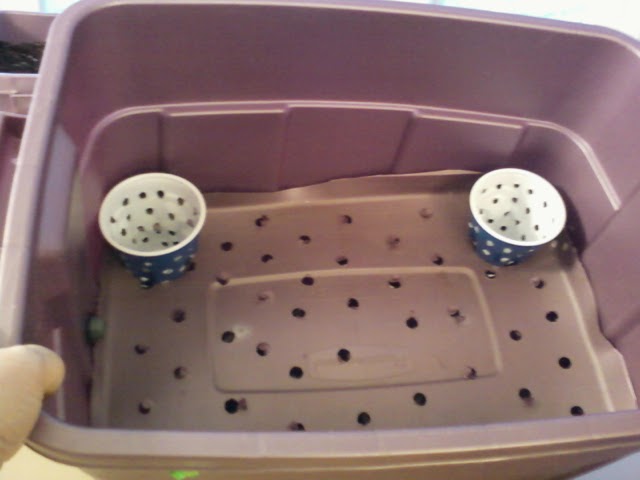 Before I put the soil in, I needed to add a spout to pour the water into the tub's reservior.  I made the pour spout really tall and I'm glad I did.  The green bean vines hid it really well.  I cut the pipe off at a 45 degree angle, so that the water could enter the tub.  If it were cut at a 90 degree angle,  the water would simply stand in the pour spout and not make it into the water reservoir. 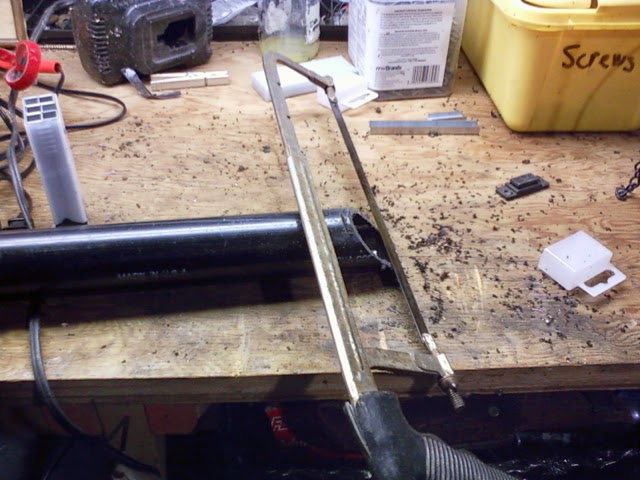 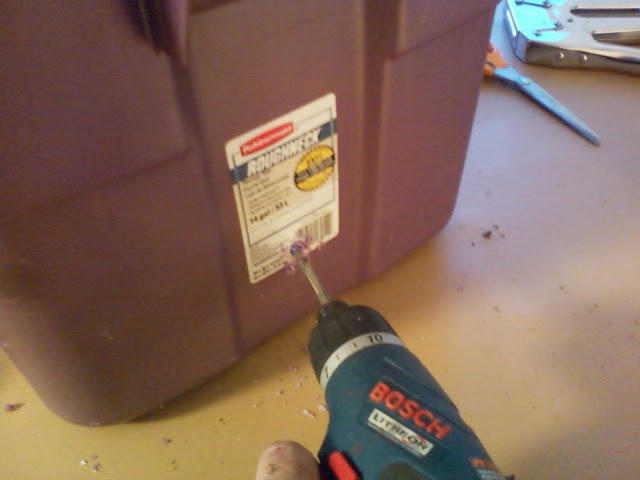 The last step was to put an overflow valve in.  I wanted the overflow right under the height of the lid, so that if I watered it too much, it would overflow outside of the tub rather than drown the plants. 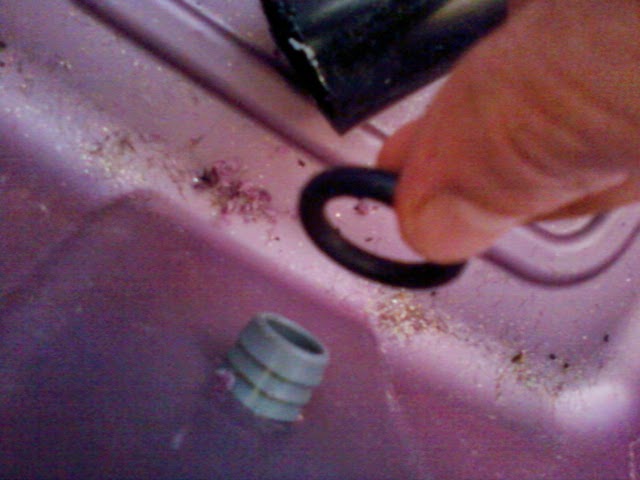 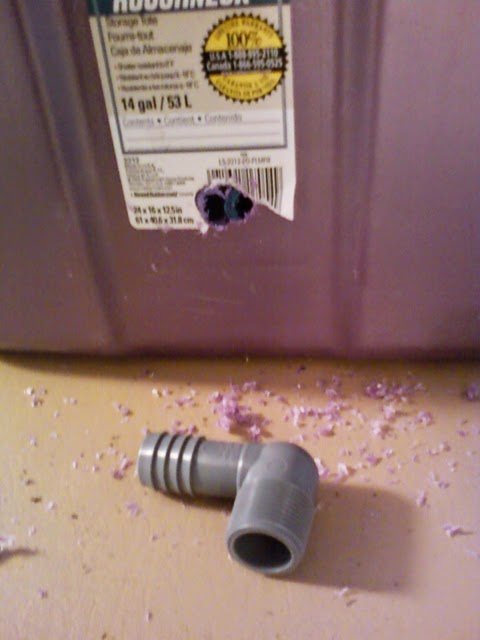 I bought a little drain piece, drilled the hole and pushed it into the tub.  So that it wouldn't fall out, I bought a small rubber ring to hold it in place. 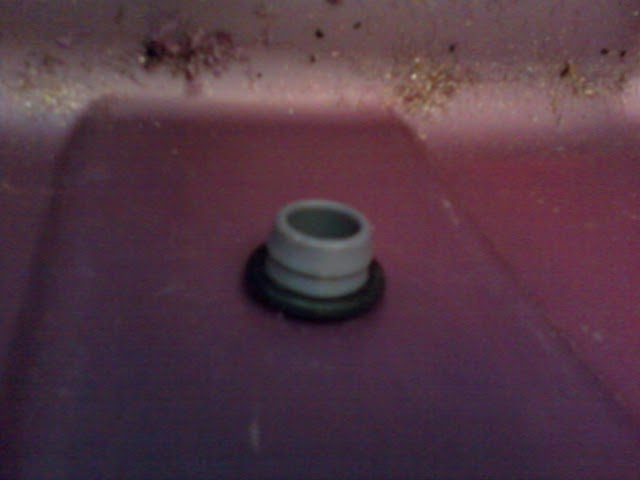 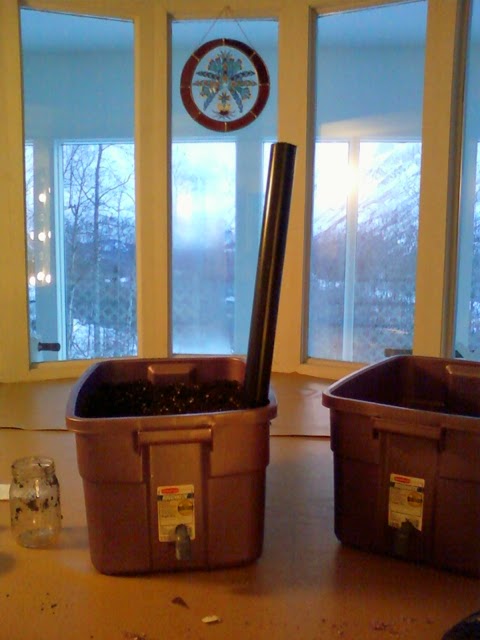 Lastly, I filled the tub with soil to the top of the bin.   I chose not to put the weed blocker on it.

I could have taken black fabric weed blocker and covered the bin.  The rim of the lid could fit tightly over the tub to keep the weed blocker on.  To plant seedlings, I would simply cut a slit in the fabric for the seedling to fit in. 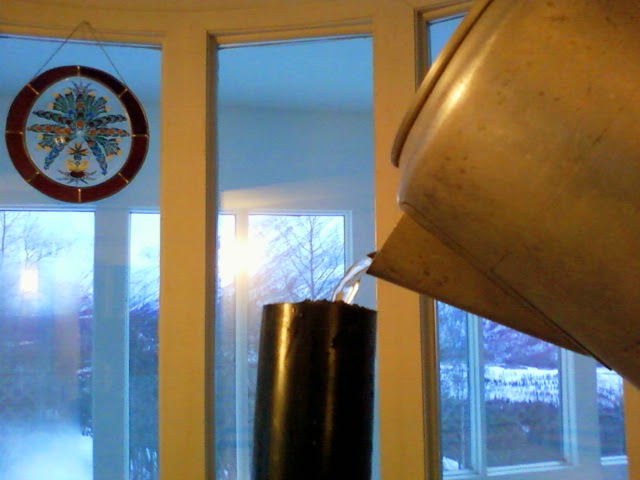 I simply planted the seeds.

I added water into the pour spout until the excess came out of the overflow drain.

Beans grew without much attention from me at all. 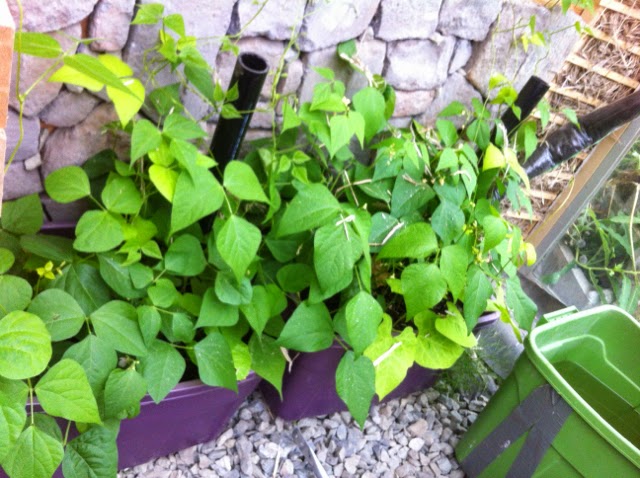 Posted by Cindee at 6:48 PM No comments: